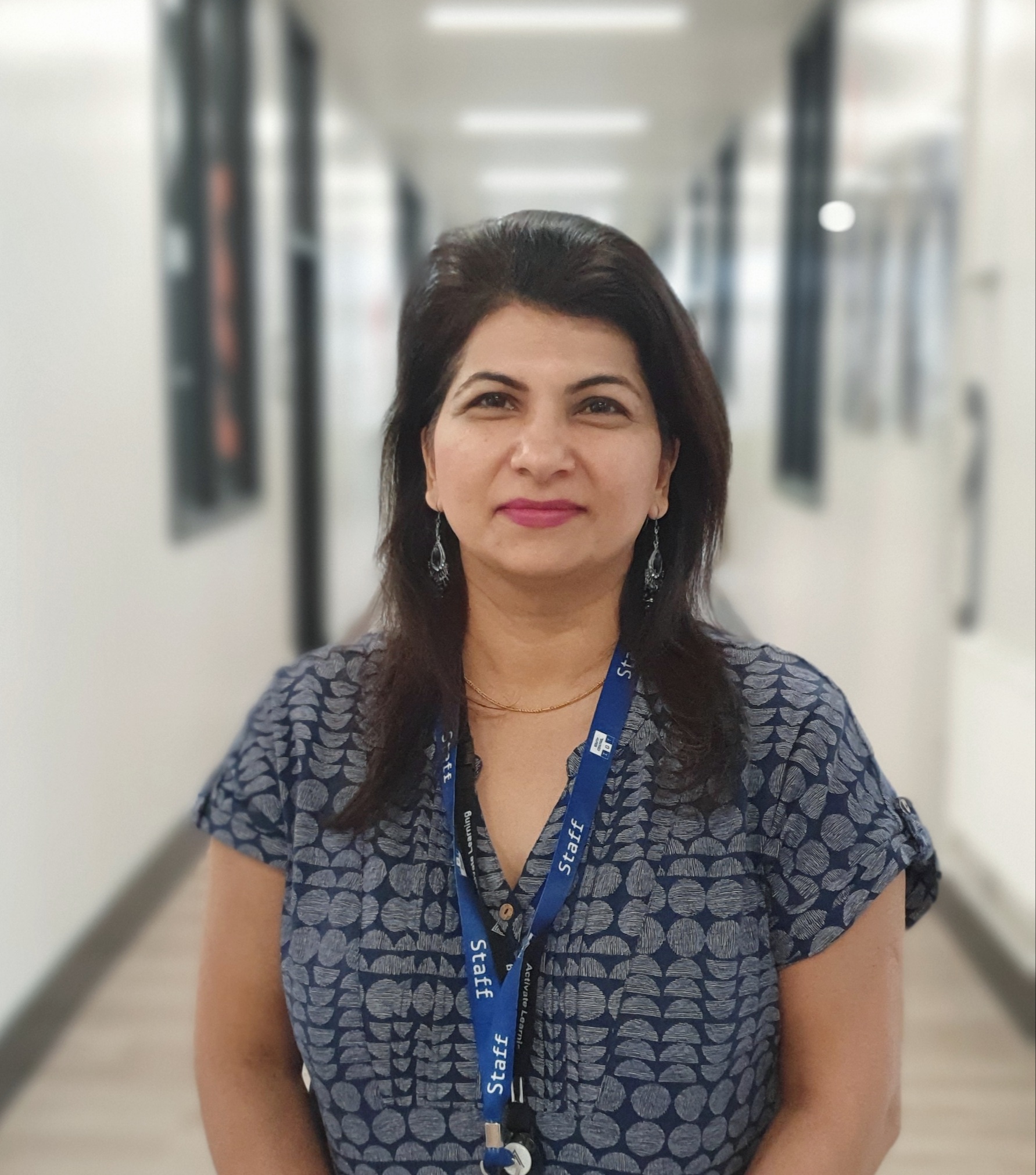 South Central Institute of Technology (SCIoT) is incredibly proud to announce that Reading-based Digital Technologies Trainer Preeti Vohra has been announced as one of the TechWomen100 winners.

Preeti, who leads on training digital technologies out of the SCIoT hub at Activate Learning’s Reading College, found out on Monday (15/11) that she had been selected as one of the winners.

The award was given out by WeAreTechWomen, an organisation set up in 2015 with a mission to enhance and promote women in the tech sector.

Inspiring the next generation of women in tech

Speaking about her award, Preeti said she was proud to be recognised for her work and that she hoped to be a role model for other women who wanted to work in the sector.

She said: “As a woman working in technology for more than 12 years, helping to train the next generation as part of the work I do within the SCIoT, this is an incredibly proud moment for me.

“I want to see more women and more diversity within the tech sector, and I hope that in winning this award I will help to break down some of those perceived barriers that women of colour feel are in the way of them having a career in a sector I love.

“We are working hard to increase diversity within the sector here at the SCIoT and awards like this are a great motivator for the young women coming into the sector. I would like to thank WeAreTechWomen for the recognition.”

Significant achievement in light of the volume of submissions

According to WeAreTechWomen, the calibre of entries for these awards was “exceptional” and all the judges stated how difficult it was to arrive at a final list, due to the amazing achievements of the nominees.

Vanessa Vallely OBE, Founder of WeAreTechWomen, said: “At WeAreTechWomen we have made it our personal mission to shine a spotlight on women working in tech.

“The response to this year’s awards has been fantastic and the calibre of entries has been outstanding. I am so proud to see so many women in tech recognised for their achievements and look forward to celebrating our winners and their achievements.”

Signup to our newsletter

We use cookies on our website to give you the most relevant experience by remembering your preferences and repeat visits. By clicking “ACCEPT ALL”, you consent to the use of ALL the cookies. However, you may visit "Cookie Settings" to provide a controlled consent.
Cookie SettingsREJECT ALLACCEPT ALL
Manage consent

This website uses cookies to improve your experience while you navigate through the website. Out of these, the cookies that are categorized as necessary are stored on your browser as they are essential for the working of basic functionalities of the website. We also use third-party cookies that help us analyze and understand how you use this website. These cookies will be stored in your browser only with your consent. You also have the option to opt-out of these cookies. But opting out of some of these cookies may affect your browsing experience.
Necessary Always Enabled
Necessary cookies are absolutely essential for the website to function properly. These cookies ensure basic functionalities and security features of the website, anonymously.
Functional
Functional cookies help to perform certain functionalities like sharing the content of the website on social media platforms, collect feedbacks, and other third-party features.
Performance
Performance cookies are used to understand and analyze the key performance indexes of the website which helps in delivering a better user experience for the visitors.
Analytics
Analytical cookies are used to understand how visitors interact with the website. These cookies help provide information on metrics the number of visitors, bounce rate, traffic source, etc.
Advertisement
Advertisement cookies are used to provide visitors with relevant ads and marketing campaigns. These cookies track visitors across websites and collect information to provide customized ads.
Others
Other uncategorized cookies are those that are being analyzed and have not been classified into a category as yet.
SAVE & ACCEPT